Expression and Expression<> are basically classes that can represent the CSharp code as Data. Really? Yeah really. Unlike Func<> or Action<> Expressions are non-compiled Data about the code. Most of LINQ Providers has been built using Expressions. Let’s get started with a sample Expression and try to understand it.

Walkthrough of a sample expression

Expression can be parsed, analyzed in the program. Have you wondered how Linq to Sql works? How those Linq statements get converted to Sql? How Linq is a deffered execution? Let’s not get into complex example. Let start with “Show me with Code” stuff:

Now I want to parse it analyze it or may be doing some more but for that I need to treat this code as Data. Now let’s write an Expression for the above lambda expression:

The Expression Tree can be visualize as with it’s major properties: 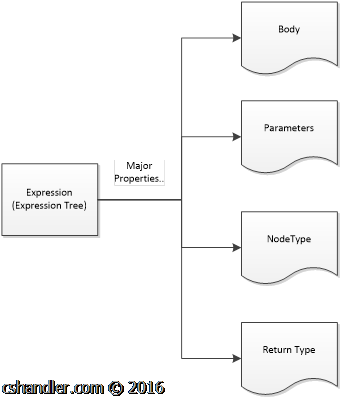 Let’s analyze our Expression according to above figure, and see what values are populated to understand the break of Expression statement: 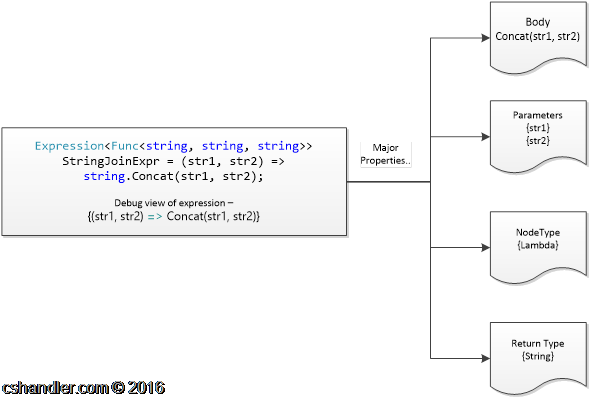 So it’s parsed like a tree with NodeType, Left, Right and Body. Which means it can be written as:

Now we have the data, so one can perform operation based on its values. That’s how Linq2Sql works. It analyzes the Expression, Convert the Expression Tree to SQL statements and prepare the query. Expression are major building blocks of any Linq providers.

Compile and Invoke the Expression

Unlike Func<> and Action<> expression are not compile time unit. They need to be compiled before executing the underlying instruction. So to execute the our Expression we must first compile it.

In the next post we’ll see how to create a custom expression. And how you can build a Dynamic Linq query on the fly?