Learn basic unit testing with VS2012 and Nunit

This post is a guide for basics of Unit testing. Through this article we’ll go step by step setting up the Environment and few basic test scenarios. To start with hands on you need following installed on you machine.

If you already have Visual studio installed then you need to install the Nuget Extension Manager extension of Visual studio.

Now you’re ready to install the libraries which are available on Official Nuget server. For this exercise we’ll be using Nunit testing framework. The nuget manager will Install the Nunit Framework and Nunit test adapter from the Visual studio itself. So like the old days you don’t have to go to web and download the Nunit package and then adding to the visual studio. Nuget is the new RAD tool that won’t let you go off the Visual studio Interface.

So now we have the tools so let’s get started: 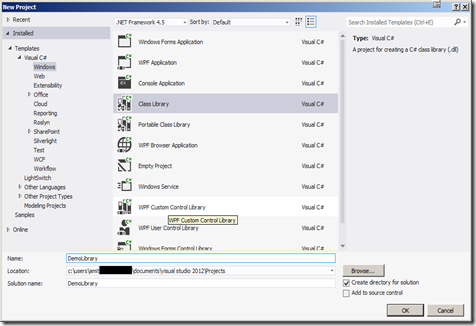 Now since this is a class library and to ensure that my logic is working fine without debugging, We’ll write some more code which will unit test the methods. 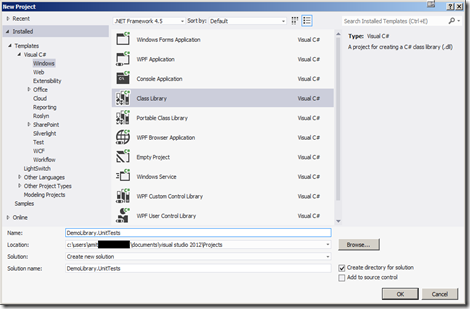 Now before we start writing the unit tests for the LogicalClass we would need the Testing framework. You can also use the same Microsoft.Tests but I’m quite fond of Nunit. But there’s no such difference which framework you would use, If you’re interesting in comparing these two frameworks capabilities then you can visit the comparison list here.

4. To install the Nunit framework right click on the Unit test project and select Manage Nuget package. This will open the window showing the online Packages available. Search for Nunit and you’ll see the result shown as in below image. 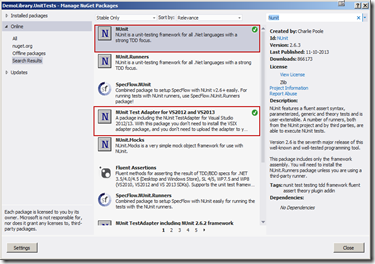 Now setup is finished so start writing the Unit tests. Let’s add a class named LogicalClassTests this is a naming convention you must follow as this will make your tests easily identifiable just by name of the Test class.

Now the test class will have following things you need to learn to make a test perfect looking and runnable.

TestFixture Class Attribute – This attribute is to mark a class as test suite which will contain tests.

Test Method Attribute – This attribute is to mark a method as a Unit test. Only methods with this attribute would be runnable by test runner.

Setup – To initialize the object to be tested and initial values required for the test. In upcoming article we’ll learn how to Fake/Mock the dependencies like Database, FileSystem, Or any other external system while writing tests. This will be the part of setup.

Act – Act is actually when you call the method that you’re going to test. So you provide the test values to the method and receive an output which will be tested against the expected result.

Assert – Assert is the statement which will check the expected values by the result.

Similarly, you’ll write the tests for all the positive scenarios of a method. To download the demo exercise files you can download them from here.